We had a large audience for the staged reading of The River and The Mountain.  It was a powerful and moving performance.  The audience was visibly moved by this story.  During the post-show discussion with our director and playwright, the cast shared their experiences creating these characters, and there were tears from all.  We hope that soon The River and The Mountain will be in major production in America, to bring to light the grevious human rights atrocities in Uganda, and the rest of the world.

THE RIVER AND THE MOUNTAIN
by Beau Hopkins 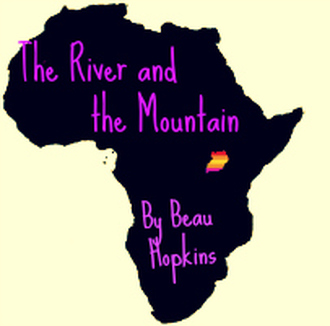 The  American Debut Reading of the Controversial play:
THE RIVER AND THE MOUNTAIN

In August 2012, one line from one play changed Ugandan history. “I’m gay”
was uttered by the main character from The River and the Mountain, making
it the first Ugandan play ever to have an openly gay character.    Due to this, the producer of the play, David Cecil, was arrested for offending the Ministry of Ethics in Uganda.  While Mr. Cecil has since been released and the charges were dropped, Uganda is still trying to pass through its parliament an anti-homosexuality bill. This bill in its original form sought to punish those who were gay with the death penalty. One member of Parliament has assured the public that the penalty has been decreased from death to life in prison, but the Parliament has not and will not make the revised bill available to the public to verify this. This bill has become informally known around the world as the “Kill the Gays” bill.

University of Nebrasla at Lincoln lecturer,  Sarah Imes Borden, wants to shed light on this revolutionary piece of art while exposing the underlying social issues. Along with playwright Beau Hopkins, producer Dawn Marie Moe and fight director Ian Borden, Sarah will
be introducing this very important work to audiences in the US through a series of staged readings. The readings will have a fundraising premiere in Lincoln, NE and then be performed in several venues along the East Coast this March. The readings in March will feature a
performance by one of the original Ugandan cast members and talkbalks held by playwright Beau Hopkins.

Please join us there on Thursday March 21,  2013 at 8pm for this powerful and important play. Admission is FREE / Pay What You Can.
DONATIONS at the event will be used to fund this important project.