Spotlighters Theatre is thrilled to celebrate our 50th season with several of  the productions that Audrey Herman called her favorites and many in which she  appeared. This is an exciting time for Spotlighters, celebrating 50 years of continuous performances, over 8,000!

And celebrating the start of a fund raising campaign to renovate our lobby, our restrooms and our entrance to be fully handicapped accessible.

Your support of our season, and our ADA Renovations is essential to our success, and we thank you for all the support over the years.  We look forward to seeing you at our performances and at the many events that will celebrate all of the individuals that worked with  Audrey over the years to make Spotlighters the Exceptional Theatre it is today!

Individual Tickets and Season Subscriptions will be available June 1, 2011 for your online purchase. 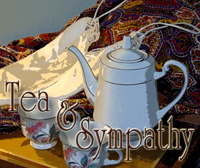 Tea & Sympathy is a  powerful indictment against macho prejudice and a subtle warning to society to accept the "different" with humane tolerance. Set in a boys' boarding school in 1953 New England, this story unfolds in the home of a teacher, middle aged Bill Reynolds, who revels in his residents' athletic prowess.

Tom, one of the boys in this house is just 17, sensitive by nature and lonely in the extreme. Totally out of place with the butch fellows who sport crew cuts.  When he is reported at a beach in the buff with a school master, rumors  abound that he is gay; Tom is suddenly the butt of nasty thoughts, snide  remarks and social ostracism.

As the wife of a master Laura is merely expected to offer tea and sympathy to the resident boys in her home, to set a genteel tone in the parlor. But something about Tom arouses more than her sympathy--escalating to fascination and ultimately desire, on both sides.

This is a gripping drama of hearts in torment set agaisnt the harsh realities of 50's social stigma.  Emotionally relevant in the 21st century. 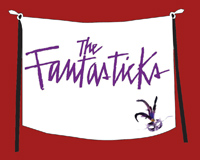 The original off-Broadway production of The Fantasticks ran a total of 42 years and 17,162 performances, making it the world's longest-running musical at  the time. It tells an allegorical story, loosely based on the play The Romancers (Les Romanesques) by Edmond Rostand, concerning two neighboring fathers who trick their children, Luisa and Matt, into falling in love by pretending to feud and erecting a wall between their houses. The fathers then hire traveling actors to stage a mock abduction, so that Matt can  heroically seem to save Luisa, settling the supposed feud and securing their fathers' blessings (which of course the young lovers have really had all along).

The children discover the deception and reject the arranged love match. Each goes off to experience the wider world. They return to each other bruised but enlightened by their journeys, realizing that they have always been in love,  and renew their vows with more maturity. Elements of the play are ultimately drawn from the story of Pyramus and Thisbe, its story winding its way through Shakespeare's Romeo and Juliet and A Midsummer Night's Dream as well as Donizetti's L'Elisir d'Amore. 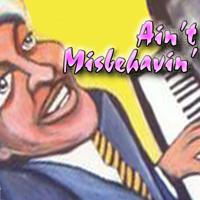 Ain't  Misbehavin', named after the 1929 “Fats” Waller song, serves as a tribute to the black musicians of the 1920s  and '30s who were part of the Harlem Renaissance, an era of growing creativity, cultural awareness, and ethnic pride.  It was a time when Manhattan nightclubs like the Cotton Club and the Savoy Ballroom were the playgrounds of  high society and Lenox Avenue dives were filled with piano players banging out the new beat known as swing. The evening is an event of rowdy, raunchy, and humorous songs that encapsulate the various moods of the era and reflect  Waller's view of life as a journey meant for pleasure and play. 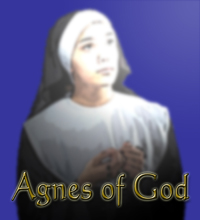 Summoned to a convent, Dr. Martha Livingstone, a court-appointed psychiatrist, is charged with assessing the sanity of a young novitiate accused of murdering her newborn.  Miriam Ruth, the Mother Superior, determinedly keeps young Agnes from the doctor, arousing Livingstone's suspicions further. Who killed the infant and who fathered the tiny victim?

Livingstone's questions force all three women to re-examine the meaning of faith and the power of love, leading to a dramatic, compelling climax. 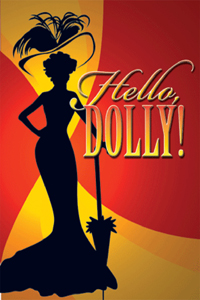 Hello Dolly! is an ebullient and  irresistible musical about the joy of living, glittering with happy songs,  shining with loving scenes, and alive with the personality of one of the most  fabulous characters on the musical stage.  It is the story of Mrs. Dolly  Levi's efforts to marry Horace Vandergelder, the well-known half-a-millionaire,  and send his money circulating among the people like rainwater, the way her late  husband, Ephraim Levi, taught her.

Along the way, Dolly creates matches  for Irene Molloy and Cornelius Hackl, Barnaby and Minne Fay, and young Ambrose and Ermengarde.  (Based on Thornton Wilder's 1938 farce The  Merchant of Yonkers, which Wilder revised and re-titled The Matchmaker in
1955.) 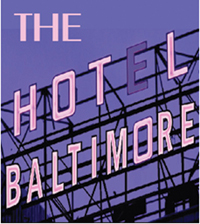 Winner  of the New York Drama Circle Award, the Obie Award and the Outer Critics Circle  Award. A brilliant Off-roadway success by an outstanding playwright, which  brings compassion, humor and arresting theatricality to its imaginative,  touching study of lost souls trapped by society's inexorable decay. The scene is  the lobby of a rundown hotel so seedy that it has lost the "e" from its marquee.

As the action unfolds, the residents, ranging from young to old, and from the defiant to the resigned, meet and talk and interact with each other during the course of one day. The drama is of passing events in their lives, of everyday  encounters and of the human comedy, with conversations often overlapping into a contrapuntal musical flow. Each character emerges clearly and perceptively defined in the resulting mosaic, and the sum total of what they are — or wish
they were — becomes a poignant, powerful call to America to recover lost values  and to restore itself in its own and the world's eyes. 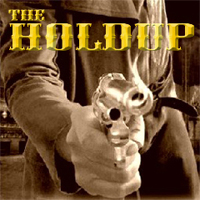 From the playwright who brought the world 'Night Mother, comes this inventive, picaresque play that mingles humor and entiment with moments of  arresting theatricality as it unfolds its antic tale of an aging gunfighter brought down by the changing times.  The last outlaw of the old west rides out of the night to rendezvous with his old flame.

When he meets with a pair of feuding brothers, plans for a romantic reunion turn to violence, confusion  and catharsis.  Who will make it through the night to ride off into the sunrise? 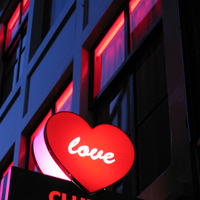 "Love is just a word until someone comes along and gives it meaning." What would you do for the ones you love? A  sharp comedic and dramatic examination of the one thing that keeps us wanting more and pushing us to limits we never knew existed. In Protest, two people find that spark in an unexpected place. A Good Brain Is Hard To Find  examines the relationship between monster and creator. Replay  lets us see the moments we regret. The evening will culminate with a new piece by  local playwright Julie Lewis.