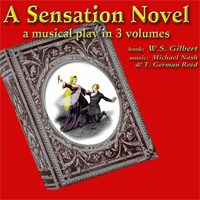 A SENSATION NOVEL
Book:  W.S. Gilbert
Music:  Michael Nash, T German Reed
direction:  Michael Blum
musical direction: Erica Rome & Michael Blum
​
Synopsis: W. S. Gilbert, long before he worked with Arthur Sullivan, was Victorian England's leading dramatist. In this hilarious topsy-turvy send-up of Victorian "Sensation Novels" (a genre still with us today as Romance Fiction), Gilbert gives us 5 "stock characters" who refuse to conform to society's expectations or the novel's author's plans for them -- they turn the story upside down, break all the conventions of the stage, and indulge in some VERY modern activities. This musical play, with a new score by British composer Michael Nash that incorporates some of the original (mostly lost) music, is both outrageous, touching and funny -- a window into an 1871 that was FAR from stodgy and predictable! 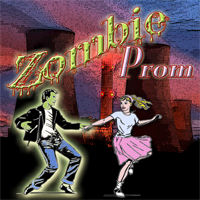 ZOMBIE PROM
Music:  Dana P. Rowe
Book & Lyrics:  John Dempsey
direction: Kristen Cooley
musical direction: Michael W. Tan
​
Synopsis:  This girl loves ghoul rock and roll Off Broadway musical is set in the atomic 1950s at Enrico Fermi High, where the law is laid down by a zany, tyrannical principal. Pretty senior Toffee has fallen for the class bad boy. Family pressure forces her to end the romance, and he charges off on his motorcycle to the nuclear waste dump. He returns glowing and determined to reclaim Toffee's heart. He still wants to graduate, but most of all he wants to take Toffee to the prom. The principal orders him to drop dead while a scandal reporter seizes on him as the freak du jour. History comes to his rescue while a tuneful selection of original songs in the style of 50s hits keeps the action rocking across the stage. 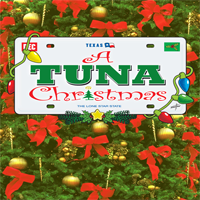 Synopsis:  It's Christmas in Tuna, TX, the third smallest town in Texas. Radio station OKKK news personalities Thurston Wheelis and Arles Struvie report on various Yuletide activities, including the hot competition in the annual lawn display contest and the mischievous pranks of the Christmas Phantom. In other news, voracious Joe Bob Lipsey's production of "A Christmas Carol" is jeopardized by unpaid electric bills.  All the while Aunt Pearl's chickens are terrorized by an evil Blue Jay.  And we all wonder, will Bertha's husband ever come home? 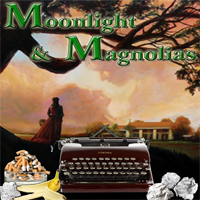 MOONLIGHT & MAGNOLIAS
Book:  Ron Hutchinson
direction: Michael Zemarel
​
Synopsis:  1939 Hollywood is abuzz. Legendary producer David O. Selznick has shut down production of his new epic, Gone with the Wind. The screenplay, you see, just doesn't work. In this  peek into the back room of the Golden Age of Hollywood,  Selznick sends a car for famed screenwriter Ben Hecht and pulls formidable director Victor Fleming from the set of The Wizard of Oz.  Locked in a room for five days, these three race against the clock to produce one of the most successful and beloved films of all time. 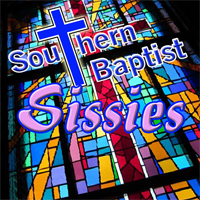 ​Synopsis:  Follow the journey of four gay boys in the Dallas Baptist Church. Storyteller Mark Lee Fuller tries to create a world of love and acceptance in the church and clubs of Dallas, Texas, while desperately trying to find a place to put his own pain and rage. The world Mark creates also includes two older barflies, Peanut and Odette, whose banter takes the audience from hysterical laughter to tragedy and tears. With a theme of religion clashing with sexuality, Sissies strives to find  balance and acceptance in the world of religion.
Winner:  GLAAD Media Award for Outstanding LA Theater Production, Los Angeles Critics Awards, Ovation Awards, Backstage West Garland Awards and Robby Awards. 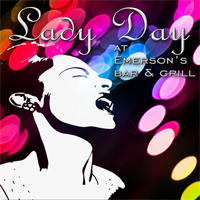 Featuring Anya Randall Nebel
​Synopsis:   The time is 1959. The place is a seedy bar in Philadelphia - Emerson’s Bar & Grill.  The audience is about to witness one of Billie Holiday's last performances, given four months before her death. More than a dozen musical numbers are interlaced with salty, often humorous, reminiscences to project a riveting portrait of the lady and her music.
“The richest jazz singing in town just now is at [this] subtle absorbing dramatic performance”
.... Evokes all the sordidness of a woman entirely shaped by suffering
.... By the end ... one is filled with an unexpected joy!
THREE WEEKS ONLY! 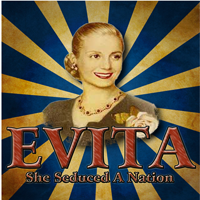 ​Synopsis:  Evita tells Eva Peron's passionate and unforgettable true story. Eva used her beauty and charisma to rise meteorically from the slums of Argentina to the presidential mansion as First Lady. Adored by her people as a champion for the poor, she became one of the most powerful women in the world--while her greed, outsized ambition, and fragile health made her one of the most tragic. 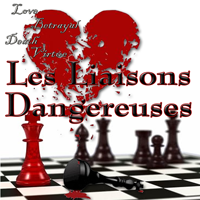 LES LIAISONS DANGEREUSE
Book:   Christopher Hampton
direction:  Erin Riley
​
Synopsis:   A tale of seduction among the rich and powerful, who play with lives like pawns on a ches board. This is a classic drama for exploring decadent sexuality, morals and manipulation played as the ultimate game with tragic results.
Noting is too cruel, as these rivals use sex as a weapon of humiliation and degradation, all the while enjoying their cruel games, and destroying lives.
From the novel by Choderlos de Laclos 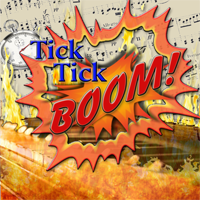 TICK, TICK, BOOM!
Book, Music & Lyrics: Jonathan Larson
direction: Jillian Bauersfeld
musical direction: Michael W. Tan
​
Synopsis:  An aspiring composer questions his life choices on the eve of his thirtieth birthday in Jonathan Larson's autobiographical musical.
Before Rent, there was Tick, Tick...Boom!. This autobiographical musical by Jonathan Larson, the Pulitzer Prize- and TONY Award-winning composer of Rent , is the story of a composer and the sacrifices he made to achieve his big break in theatre. Containing fourteen songs, ten characters, three actors, and a band, Tick, Tick...Boom! takes you on the playwright/composer's journey that led to a Broadway blockbuster!